Everyone does it. Everyone knows it. But so many of us can't talk about it.


I've met some people that are in long term relationships and even married, that will not, or cannot, fart in front of their significant other. It has always been my belief that once you are truly comfortable around a person...farts ensue. This can only mean you really like the person to completely be yourself. You probably do it in front of your family. My brothers used to fart in jars, leave it for days and have us smell it later. Gross, but true.

You're bound to let one slip sooner or later if you spend a large amount of time with a person. That can't be helped. It may be by accident, on purpose, or simply for the sake of saving your stomach from imploding because you've been holding them in.

Now, I'm not saying to just let them rip whenever you feel like it. I mean, it's just common decency to not have that poor unsuspecting person in the grocery aisle run in the other direction when you drop a silent bomb. Also, save yourself a little embarrassment if you're not sure whether the sound can be controlled. But, we all know it happens.

It's puzzling as to why society is so disgusted by farting but burping is quickly forgiven by an "excuse me." They are both passing gas. Does farting need an "excuse me" when done in front of others? Maybe. Once the laughter stops. Or will it never be ok because it comes from your ass?

If you have a gas problem, you better not travel to Malawi - the government recently decided that 'fouling the air' was to be outlawed. They take air pollution very seriously. 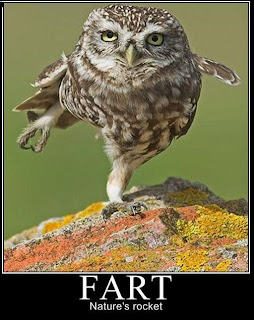