Random Awesomeness. On a Tuesday. In Toronto

About a month ago I found out The Civil Wars were doing a show in Toronto. I bought tickets, got a date, planned the day/night. YES!

When that Tuesday finally rolled around I was so excited to be doing something new and fresh in the middle of the week. Everyone needs to have more randomness in their lives, whatever form it may come in.


My friend M. and I made the road trip to Port Credit and pick up our friend J. We walked around the cute town as we waited for her to be done work and chatted while getting in some impromptu exercise. Once we got into Toronto we didn't really have much of a plan from there. I parked the car and as we were about 3 hours early before the concert started, we had some time to kill. Being the ever so technology savvy ladies that we are, we used our phones to check out local pubs. Specifically, we searched for an Irish Pub. Because really, who has ever had a bad time involving beer, food and the Irish? Not me!


We stumbled upon an amazingly fun pub in Cabbagetown called Stout. We grabbed one of their games available to play at our table. Nothing like a flashback of your youth playing Uno while drinking beer. We really had found a gem of a place. They had an extensive list of beers brewed in Canada and a special on Pumpkin beer. Yum! Gotta love fall, everything turns into pumpkin flavoured goodness, even the alcohol. So of course, I had to try it. I wasn't disappointed. 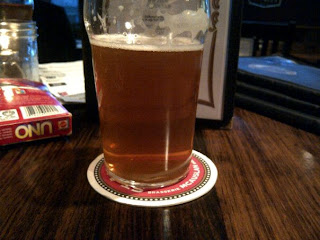 This random Tuesday happened to be their "Pubstumpers" quiz night so after some time the place was packed. But, we didn't have time to partake in the quiz night. We would definitely need to make another visit to this place someday. There really is nothing quite like testing your trivia knowledge amongst friends while eating and drinking. So after a couple delicious ales, a great dinner, and multiple pick up 10s in our neverending Uno games, we were ready to make the short walk to The Phoenix for some wonderful music.

Some of the most ruthless Uno players you'll ever meet.

Milo Greene was the opening act for The Civil Wars and I was pleasantly surprised. They had a great sound were super fun and energetic and their songs were very catchy! I kind of wish I bought their EP....dang. Watch out for them!

As The Civil Wars came on, there was a quiet that came over the entire audience as they played. Their voices are both amazing and together they have such good chemistry. The show was so simple, charming and just beautiful. Their music speaks for itself. For those of you who haven't heard of this band. Honestly, Youtube it up. They are amazing. They don't need crazy dance numbers or light shows (because first of all it would be ridiculous for their music) but their music speaks for itself. I can't say enough good things about them.

Check out them playing my favourite song, Poison and Wine . They also came on for an encore and played Billie Jean. I didn't catch the very beginning but you get the drift. Love!